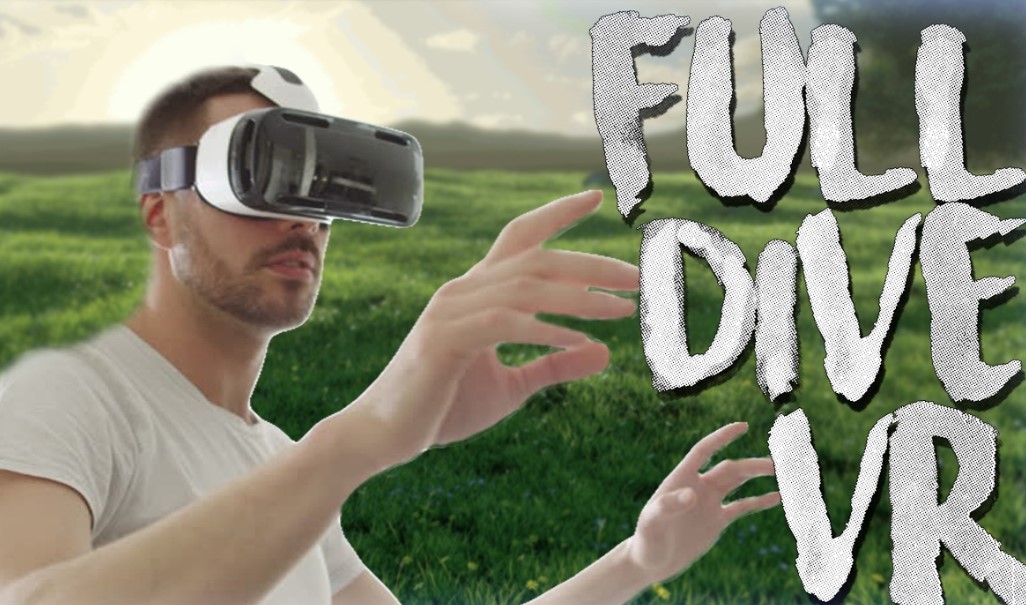 I bet you already watch an anime called “Sword Art Online.” Well, it is a Technology-Fantasy themed anime about a digital world with the same name as the title of the anime. To access that world, the users must use a device called NerveGear, a Full-Dive Virtual Reality device. However, when the game was launched after the beta test, all players couldn’t log off, and they were trapped inside the game. Well, that’s the summary of the anime, but now, our topic here is about what kind of device they used. Even though we already have Virtual Reality, we haven’t reached Full-Dive yet.

Let’s start with the definition of Virtual Reality first. Virtual Reality is a technology that can make the user interact with an environment that is made or simulated by computers. The environment itself is just a fantasy or imagination. They were not real.

So, how about Full-Dive Virtual Reality? Well, it is a whole different level than what kind of Virtual Reality we already achieved nowadays. Full-Dive VR itself is a technology that allows the device to receive the nerve signals of the human brain directly. In the anime, the players only have to lay down on the bed and put the Full-Dive VR device. Pretty different than Virtual Reality nowadays, right? Just by laying down, the players can move their character in the game just like they have a lucid dream during sleep.

How does it work?

When we see Virtual Reality nowadays, they need a physical move to move in the virtual world. All of it can be detected by hardware that is attached to our body. After that, the movement data transferred to the computer.

As I mentioned before, Full-Dive VR is a whole different level because you can move your in-game character without actually moving in the real world. It is just like a lucid dream. People can’t make a difference between which is the real-world and which is the virtual world because of Brain-Computer Interface. In other words, Full-Dive VR is deactivating our sensory awareness of the external motoric of the user. Replacing it with virtual awareness instead during the Full-Dive session.

The innovation of technology, such as Full-Dive Virtual Reality, can be achieved. However, it can take a lot of time because of humanity’s regulations. All of them thanks to an anime that pushed the scientists’ desires.